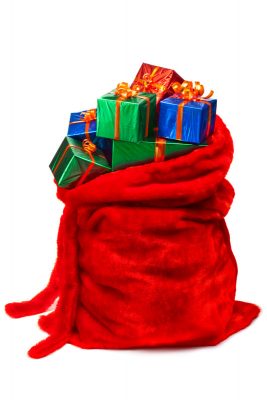 Santa may have come late this year to small business owners but he finally arrived Dec. 27 when the President signed the Economic Aid to Hard-Hit Small Businesses, Non-Profits, and Venues Act.

Besides renewal of relief provisions like a second round of the Paycheck Protection Program for suffering small businesses, the law clarified tax issues that had been swirling all year since the CARES Act was passed at the end of March, 2020.

This article from the SBA’s Office of Advocacy explains the worries related to an IRS notice and statements by Treasury in the weeks after PPP loans were issued. In short, the IRS, citing existing law, said that the CARES Act might have made a forgiven loan tax free, but then you aren’t going to get the deductions for what you spend the funds on. That raised quite a ruckus because it worked against the purpose of helping businesses. A forgiven PPP loan could have added a substantial tax bill in 2020. But this no longer applies thanks to Congress’ action in December.

And there was one other big gift in Santa’s bag. Business owner’s won’t lose basis either. Without dragging you back through Accounting 101, that means when you sell your company someday, there won’t be a surprise tax bill waiting because of a forgiven PPP loan.