Home Articles Have you wasted as much money as I have? 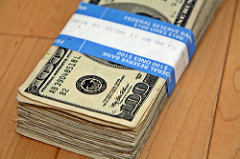 Top performers in industries with perpetually high turnover learn how to keep the perfect from being the enemy of the good… or the potentially good.

Many of my food service and retail clients know about my weakness for Chick-Fil-A sandwiches and my admiration for their outstanding customer service training. I wanted to share a revelation about recruiting that makes perfect sense for not just quick service restaurants, where labor conditions are perpetually tight, but in any industry where hiring is a challenge.

Those of us who have owned or managed businesses for long enough have tossed aside uncountable numbers of applications that, at a glance, are unsuitable. To paraphrase a song by the Eurythmics: If I had a dollar for all of the resumes I’ve discarded, there’d be a mountain of money piled up to my chin.

Recently I had a late lunch at a Chick-Fil-A and was typing away on some reports when the store operator (franchisee) and one of the shift managers began conducting an employment interview at a table quite close to me.

What struck me was the level of courtesy and helpfulness with which the manager was treating the applicant, a young man who had some community college schooling and work experience in grocery and construction jobs. The manager, Arleen, after reviewing the application form, took the time to coach the candidate on the fact that he had not fully completed some necessary information and why this was significant both to their company and important to his future success. I realized that Arleen didn’t just view this prospect as yet another kid who didn’t know how to apply for a job very well. He was a potentially viable employee, still to be evaluated perhaps, but worthy of not only polite treatment (because he might also be a customer) but also entitled to help and assistance in succeeding in the application process.

This is not simply a case of being open-minded enough to consider whatever the cat drags in when you are desperate to hire, but an example of the common sense of treating people outside of the organization in a way that aligns with the values that the company professes. (Prerequisite: your company has to know what its values are and respecting people needs to be among them.)

I happened to speak with Arleen a couple of weeks later and she told me she used to be a fifth grade teacher and when she takes her “manager’s hat” off, she has no problem coaching applicants as if she were their mom because there might be nobody else willing to help them make the right impression and learn what’s expected.

So here’s the valuable piece of wisdom. When job markets are tight in an industry or the economy in general it’s easy to see the need to be more patient or willing to invest time in applicants. But even when that’s not the case, are you missing out on people who may be excellent workers who happen to be poor job seekers? One can see the prevalence of this risk in industries with openings for roles that require lower levels of education or industry experience.

I probably wasted half that imaginary pile of money early in my management career by inefficiently screening, except it wasn’t imaginary. All of that employment advertising cost a lot of money. Even if your advertising is primarily signage, or by referral, let’s recognize the time taken in careful screening is an investment. But it might just pay off when you discover an unexpected gem.